In addition to factors previously disclosed in SVF’s AnnualReport on Form 10-K filed with the SEC on March 23, 2022 and the RegistrationStatement, and those identified elsewhere in this communication, the following factors, among others, could cause actual results to differ materially from forward-looking statements or historical performance: ability to meet the closing conditions to a business combination between SVF and Symbotic (the“Business Combination”) pursuant to that certain Agreement and Plan of Merger, dated December 12, 2021 (the “Merger Agreement”), by and among SVF, Symbotic, Symbotic Holdings LLC and Saturn Acquisition (DE) Corp., including approval by shareholders of SVF and unit holders of Symbotic on the expected terms and schedule; delay in closing the Business Combination; failure to realize the benefits expected from the proposed transaction; the effects of pending and future legislation; risks related to disruption of management time from ongoing business operations due to the proposed transaction; business disruption following the transaction; risks related to the impact of the COVID-19 pandemic on the financial condition and results of operations of SVF and Symbotic; the occurrence of any event, change or other circumstance that could give rise to the termination of the Merger Agreement or the termination of any of certain subscription agreements entered into by SVF with certain parties in connection with the Merger Agreement; the amount of redemption requests made by SVF’s shareholders; the effect of the announcement or pendency of the transaction on Symbotic’s business relationships, performance, and business generally; the ability to meet NASDAQ listing standards following the consummation of theBusiness Combination; the amount of the costs, fees, expenses and other charges related to the transaction; the ability of SVF to issue equity securities in connection with the transaction; and other consequences associated with mergers, acquisitions and divestitures and legislative and regulatory actions and reforms.

Any financial projections in this communication are forward-looking statements that are based on assumptions that are inherently subject to significant uncertainties and contingencies, many of which are beyond SVF’s and Symbotic’s control. While all projections are necessarily speculative, SVF and Symbotic believe that the preparation of prospective financial information involves increasingly higher levels of uncertainty the further out the projection extends from the date of preparation. The assumptions and estimates underlying the projected results are inherently uncertain and are subject to a wide variety of significant business, economic and competitive risks and uncertainties that could cause actual results to differ materially from those contained in the projections. The inclusion of projections in this communication should not be regarded as an indication thatSVF and Symbotic, or their representatives, considered or consider the projections to be a reliable prediction of future events.

This communication is being made in respect of the proposedBusiness Combination involving SVF and Symbotic.

In connection with the proposed Business Combination, theRegistration Statement has been declared effective by the SEC, and SVF filed the Final Proxy Statement/Prospectus on May 9, 2022. The Final ProxyStatement/Prospectus will also be sent to the shareholders of SVF and unit holders of Symbotic, as of the respective record dates for voting, seeking required shareholder or unit holder approval. Before making any voting or investment decision, investors and security holders of SVF and Symbotic are urged to carefully read the entire Registration Statement and Final ProxyStatement/Prospectus and any other relevant documents filed with the SEC, as well as any amendments or supplements to these documents, because they will contain important information about the proposed transaction. The documents filed by SVF with the SEC may be obtained free of charge at the SEC’s website at www.sec.gov. In addition, the documents filed by SVF may be obtained free of charge from SVF at https://www.svfinvestmentcorp.com/svfc/. Alternatively, these documents can be obtained free of charge from SVF upon written request toSVF INVESTMENT CORP. 3, 1 Circle Star Way, San Carlos, California 94070, UnitedStates Attn: Secretary, or by calling 650-562-8100.

SVF, Symbotic and certain of their respective directors and executive officers may be deemed to be participants in the solicitation of proxies from the shareholders of SVF, in favor of the approval of the BusinessCombination. Additional information regarding the interests of those participants, the directors and executive officers of Symbotic and other persons who may be deemed participants in the transaction may be obtained by reading the Registration Statement and the Final Proxy Statement/Prospectus and any other relevant documents filed with the SEC when they become available.Free copies of these documents may be obtained as described in the preceding paragraph. 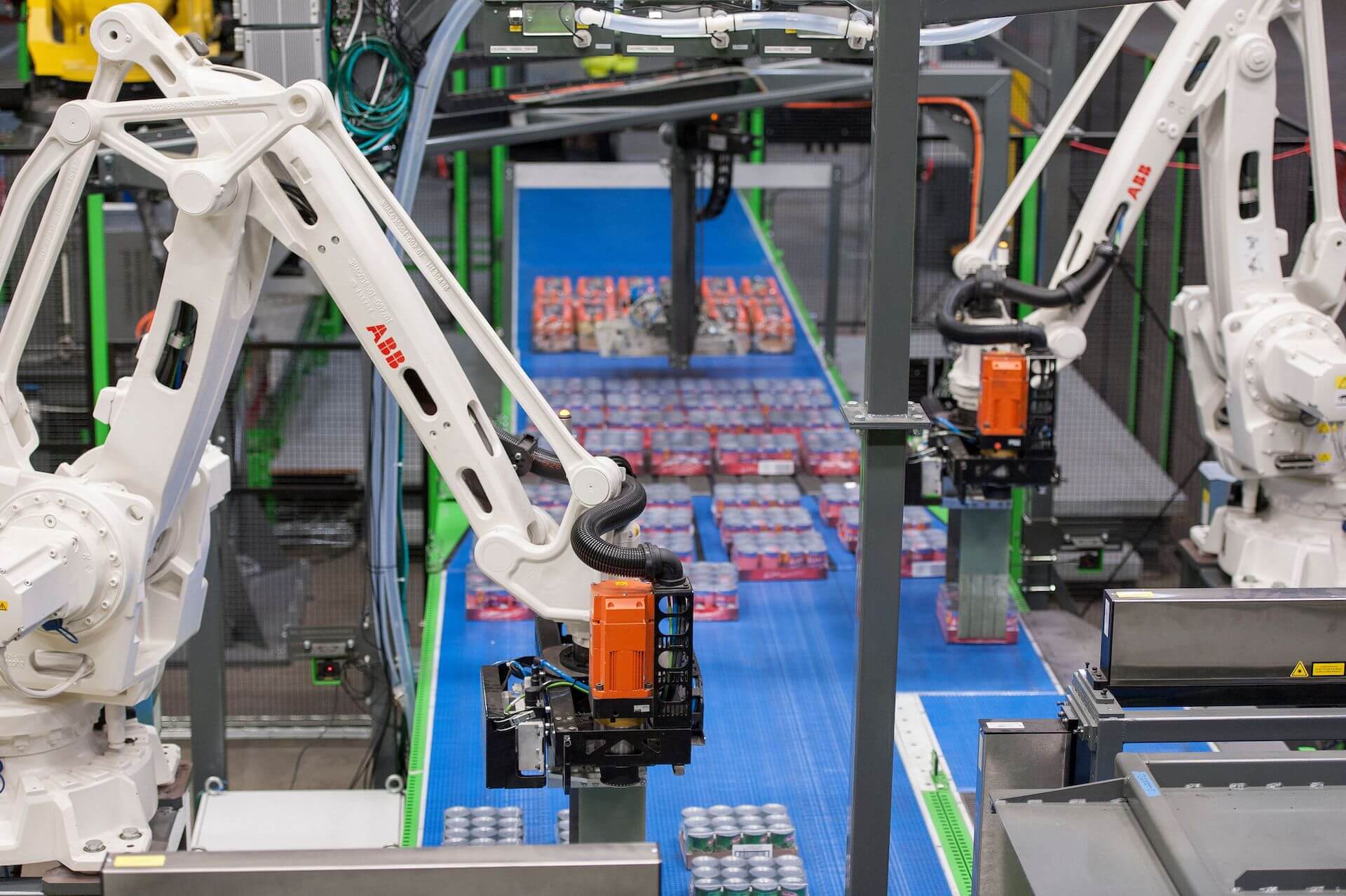 ClosE
Thank you! Your submission has been received!
Oops! Something went wrong while submitting the form.
Home
Investor Relations
← You are here

Symbotic, a Revolutionary A.I.-Enabled Technology Platform for the Supply Chain, to Become a Public Company in Partnership with SoftBank

On December 13, 2021, Symbotic announced its intent to become a public company via a merger with SVF Investment Corp. 3. Subject to customary approvals, Symbotic expects to begin trading on Nasdaq under the ticker symbol “SYM” in the first half of 2022.

Symbotic is a product movement technology platform that is adaptable to a wide range of use cases. The company rebuilt the traditional warehouse, powered by a fleet of autonomous robots with A.I.-enabled software, to create a first of its kind physical structure that can power a customer’s entire supply chain technology platform.

• Record Level of Quarterly Gross Profit Achieved During the Quarter

Symbotic LLC, a revolutionary A.I.-enabled technology platform provider for the supply chain and a leader in robotics-based automation, names Michael J. Loparco as Chief Executive Officer. Rick Cohen will remain Chairman of the Board and President, and will focus on product development and customer engagement as Chief Product Officer.

• Strong Improvement in Gross Margin to 78.8%

Symbotic, a Revolutionary A.I.-Enabled Technology Platform for the Supply Chain, to Become a Public Company in Partnership with SoftBank

Symbotic is an established automation leader chosen by the worlds largest retailers.

About Us
A leader in our industry with more than 15 years of experience in providing proven, cutting edge robotics and technology to increase efficiency for the largest retailers and wholesalers in the U.S., ultimately delivering better and faster service to American consumers.
Symbotic’s revolutionary robotics warehouse automation system has been selected by Walmart, the world’s largest retailer, to transform its distribution centers through a significant multi-year partnership.

View image
no other system offers