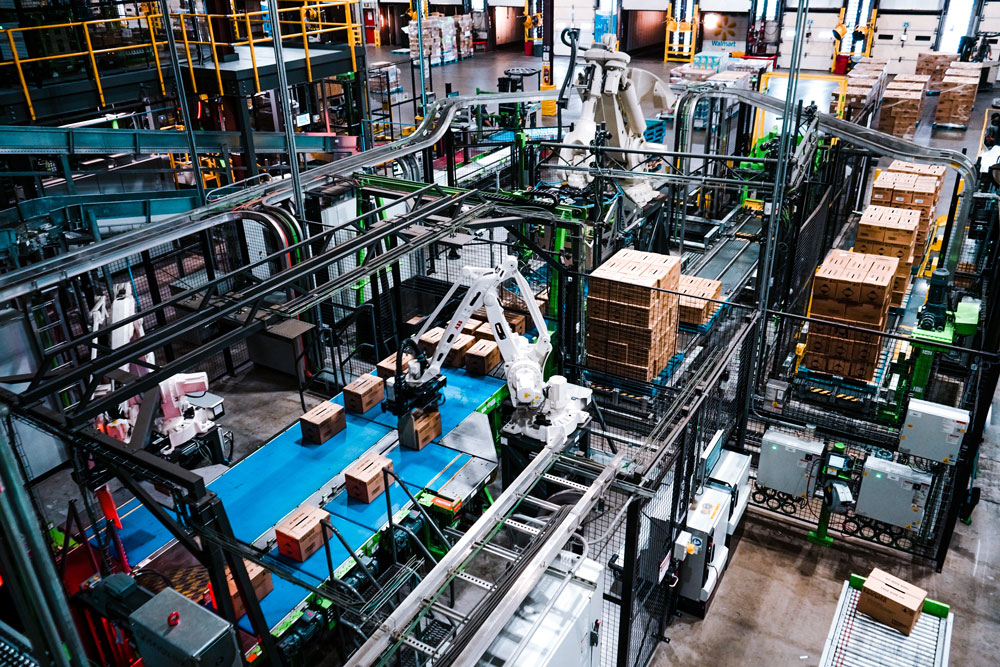 Home
About
← You are here
Solve tomorrow's problems today

Your own ambition is your boss
The Best Idea Wins

It Takes a Different Kind of Company to Reinvent and Reimagine

We’re an industry leader on the edge of even bigger things, and we have a culture agile enough to capitalize. We think of ourselves as a hybrid company, one with the excitement and ambition of a startup and the benefits of a proven company.

We do important work for some of the biggest companies in the world, and together we are changing entire industries.

Our Field is the Future

We are firm believers in STEM education and encourage employees to volunteer time at FIRST Robotics activities and offer support and sponsorship to elementary, high school and college students involved in FIRST and other robotics and engineering clubs and activities.

a variety of exciting experiences

Meet The Leaders Of Your Future

Our leaders come from a variety of exciting backgrounds and experiences and bring a wide array of skillsets.
Learn about our solutions 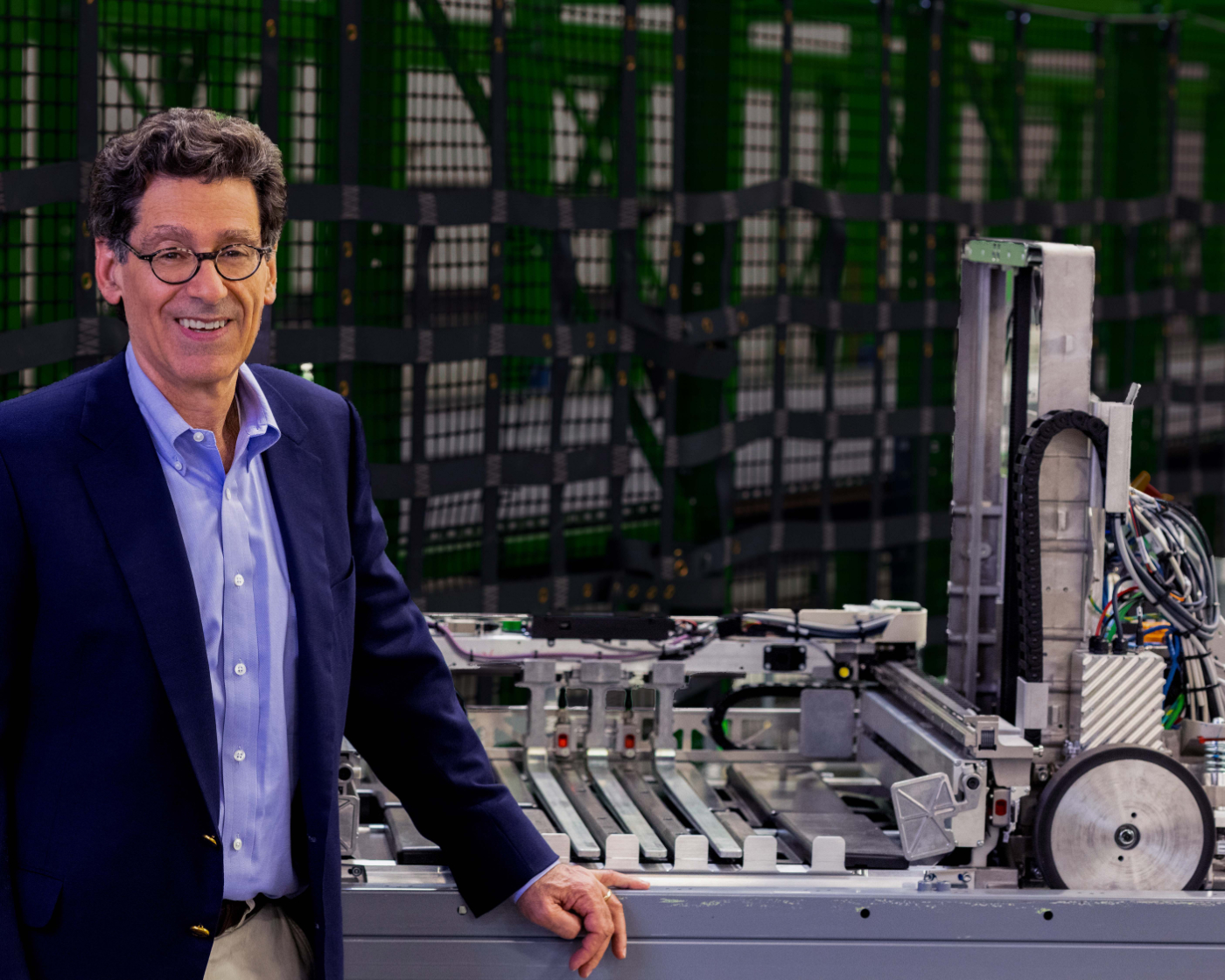 Chairman of the Board, President & Chief Product Officer

Chairman of the Board, President & Chief Product Officer

Rick Cohen is Chairman of Symbotic’s Board of Directors, President and Chief Product Officer of Symbotic. He is also the Executive Chairman of both C&S Holdings and C&S Wholesale Grocers, Inc., where he is the third generation of the Cohen family to lead that company. Rick grew up in the C&S Wholesale Grocers business, working for his father during the summers until his graduation from college in 1974, when he went to work full-time at C&S Wholesale Grocers. Rick became Chairman, President and Chief Executive Officer of C&S Wholesale Grocers in 1989 and served as President until March 2014 and as Chief Executive Officer until January 2018, during which time he led the growth and expansion of C&S Wholesale Grocers into an industry leader in supply chain solutions and wholesale grocery supply. Rick holds a B.S. in accounting from the Wharton School of Business. He has also been awarded honorary doctorate degrees from Assumption College and Keene State College. Rick was selected to serve on the board of directors due to his extensive experience in the wholesale distribution business, his vision and experience in automation and his experience and track record in entrepreneurship, investment and business development and deep relationships in various industries. 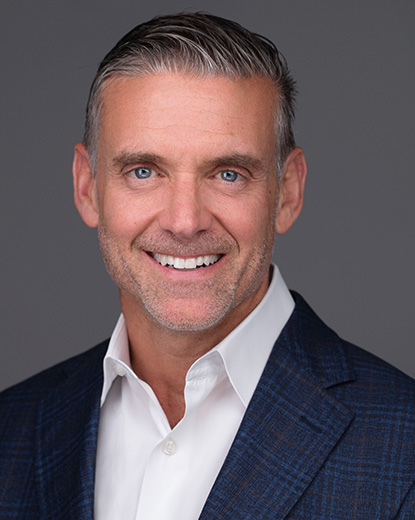 Michael J. Loparco is Chief Executive Officer at Symbotic. In this role, he is responsible for leading Symbotic to enable the company's long-term strategic growth. Michael has more than 20 years of leadership experience in the high-tech industry with a focus on large-scale complex manufacturing, engineering and supply chains. Most recently, Michael served as the Executive Vice President and CEO of Electronics Manufacturing Services of Jabil Inc., one of the world’s largest providers of design, engineering and manufacturing solutions. During his time at Jabil, he helped lead the company through extensive growth and change through his long tenure in positions of increasing responsibility, including serving as head of the Engineered Solutions Group and Vice President of Business Development for Asia and Emerging Markets.

Michael has a J.D. from Stetson University College of Law and earned a B.S. in International Business from Eckerd College. 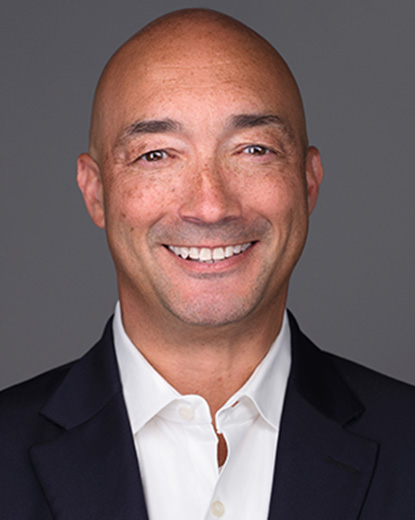 Bill Boyd has served as Chief Strategy Officer of Symbotic since February 2020. In that role, Boyd is responsible for planning and directing various operational, financial, administrative and strategic activities for Symbotic. He has more than 12 years of extensive distribution and logistics industry experience. Since February 2020, Bill has also served as the Chief Legal Officer of C&S Wholesale Grocers. Prior to joining Symbotic, Bill served from April 2019 to February 2020 as the chief legal officer at Imperial Dade, a high-growth food service packaging and supplies distribution company. Bill also held the roles of general counsel and chief legal officer at C&S Wholesale Grocers from March 2009 to February 2018 and February 2018 to April 2019, respectively, and in those roles, Bill was involved in the initial investment by Rick Cohen in CasePick Systems, which later became Warehouse Technologies.

Bill has a diverse educational background, with a J.D. from Duke University, M.B.A. from Babson College and a B.A. in history and psychology from Williams College. 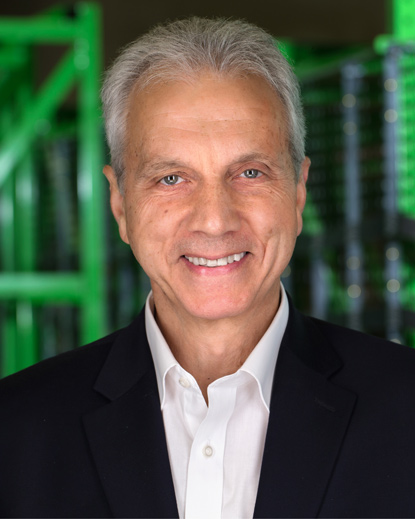 George Dramalis has served as Chief Information Officer at Symbotic since June 2020. In that role, George is responsible for managing all Symbotic’s strategic information and technology services and procedures leading to outcomes that align with the company’s business goals. George brings over 20 years of experience in information services management. George has extensive industry experience, and prior to joining Symbotic, he was Chief Information Officer at C&S Wholesale Grocers from January 2011 to June 2020. Before that, he was Vice President and Chief Information Officer at Sharp Electronics Corporation. Prior to Sharp, George worked for KPMG Consulting as a manager of systems implementation, supporting clients such as Compaq, Deutsche Bank, Kodak, Tyson Foods and US Cellular.

George has a M.A.in economics and a M.A. in finance from Webster University Geneva, Switzerland. 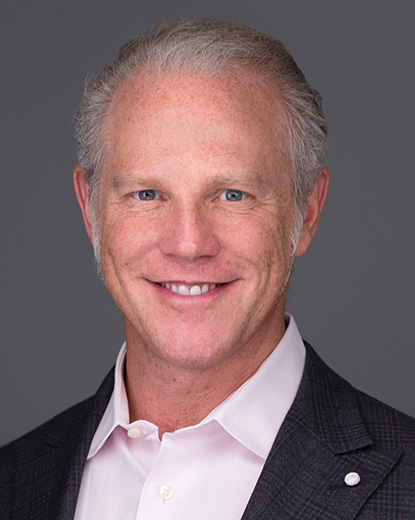 Tom Ernst has served as Chief Financial Officer of Symbotic since September 2020. He has 30 years of finance and technology leadership experience. Prior to joining Symbotic, Tom served as Chief Financial Officer of RealPage, a software company, from January 2019 to August 2020, where he led all finance, legal, mergers and acquisitions and strategy project management operations. From July 2015 to January 2019, Tom led his own strategy consulting firm, Tom Ernst Advisory, to leverage over twenty years of experience in investment banking and strategy consulting focused on the software industry. Prior to that, Tom served as a managing director at Goldman Sachs and senior equity research analyst at Deutsche Bank and Thomas Weisel Partners. Tom served as a Nuclear Engineer and Submarine Warfare Officer for five years on a fast attack submarine and served two years as the Military Training Department Head for the U.S. Navy boot camp. 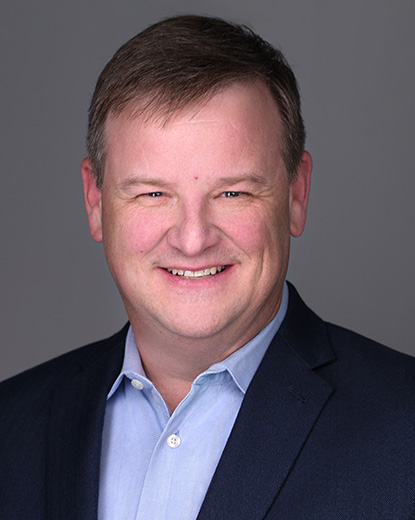 Michael Dunn has served as Vice President, Sales, Marketing & Product Strategy at Symbotic since May 2017. His team leads Symbotic’s customer relationships, helps define the direction of the Symbotic System to ensure it remains a world-class, market-leading solution and assists in identifying key partners to enable the organization and technology to scale alongside customer growth. Prior to joining Symbotic, Michael held the role of Group Vice President Sales & Marketing at Fortna from December 2008 to May 2017, where he and his team helped some of the world’s biggest brands transform their distribution operations into a competitive advantage. Before that, Michael was an early employee at Manhattan Associates, a global supply chain solutions provider, for 12 years. As Vice President of Sales at Manhattan Associates, he played an integral role in helping the company grow from a $5 million startup to a $300 million public company.

Michael is a Council of Supply Chain Management Professionals (CSCMP) member and graduate of Purdue University with B.S. in mechanical engineering. 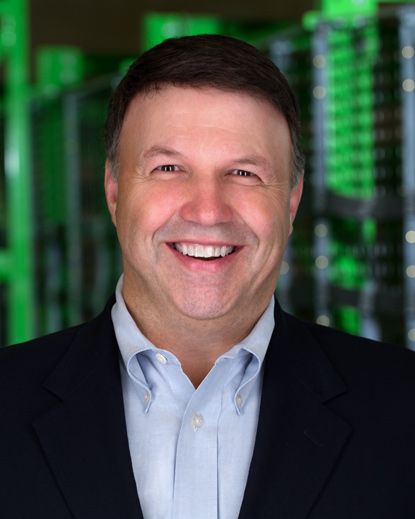 As Vice President & General Counsel, Corey Dufresne heads Symbotic’s legal group with more than 20 years of experience in business and securities law, mergers and acquisitions, venture capital and corporate finance. Corey is responsible for leading Symbotic’s approach to technology licensing, regulatory compliance, intellectual property rights and all negotiations and business agreements. Corey joined Symbotic in 2011 after serving as Vice President, General Counsel and Corporate Secretary for Netezza Corporation, where he facilitated its acquisition by IBM. Prior to his role at Netezza, he spent nine years at Wilmer Hale in Boston in the Corporate Law section and two years as an associate at Jones Walker in New Orleans. 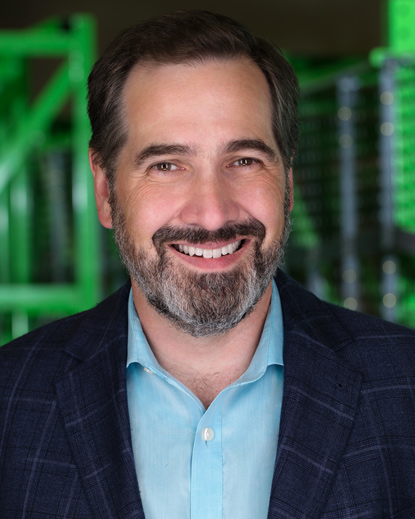 Evan Pennell has served as Vice President of Product at Symbotic since July 2020. In that role, he is responsible for shaping the overall product strategy and technology roadmaps and aligning these with the business strategy and identifying and developing technologies that enable new product capabilities. Prior to joining Symbotic, from February 2017 to July 2020, Evan was Vice President of Design and Engineering – Lifestyle, a $3 billion business unit at Flex Ltd., overseeing a global design organization of 150 engineers and scientists. Prior to that, Evan held various engineering roles across the research and development and supply chain organizations and product management roles over a 24-year period at Procter & Gamble/Gillette where he led product management of several billion-dollar brands including Venus, Fusion Flexball and multiple emerging market brands.

Evan has a B.S.in mechanical engineering from the University Honors Program at Northeastern University. 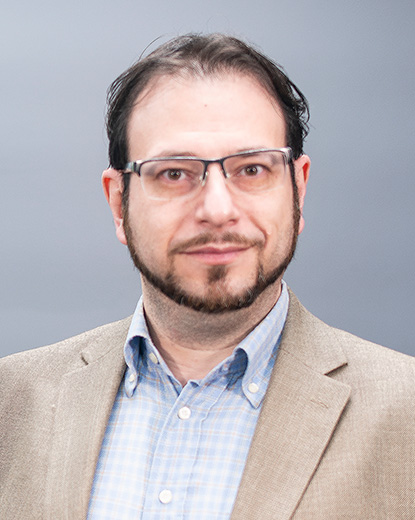 As Vice President of Controls & Advanced Product, Office of the CTO Cristian Mori is responsible for managing all aspects related to Industrial Controls. Cristian is an experienced engineering and technology leader with a proven record in delivering innovative solutions and optimizing and scaling systems and processes. He will leverage this expertise to help Symbotic align with and achieve strategic product roadmap goals while providing leadership for the company’s engineering teams in Montreal, Canada. Prior to joining Symbotic Cristian led deployment and systems standardization at Rivian as Director of Industrial Automation and Control, Advanced Development. Previously, he led pivotal engineering and robotic & vision systems teams at Symbotic, iRobot, and Tenova Core. He received two prior patents for his work. 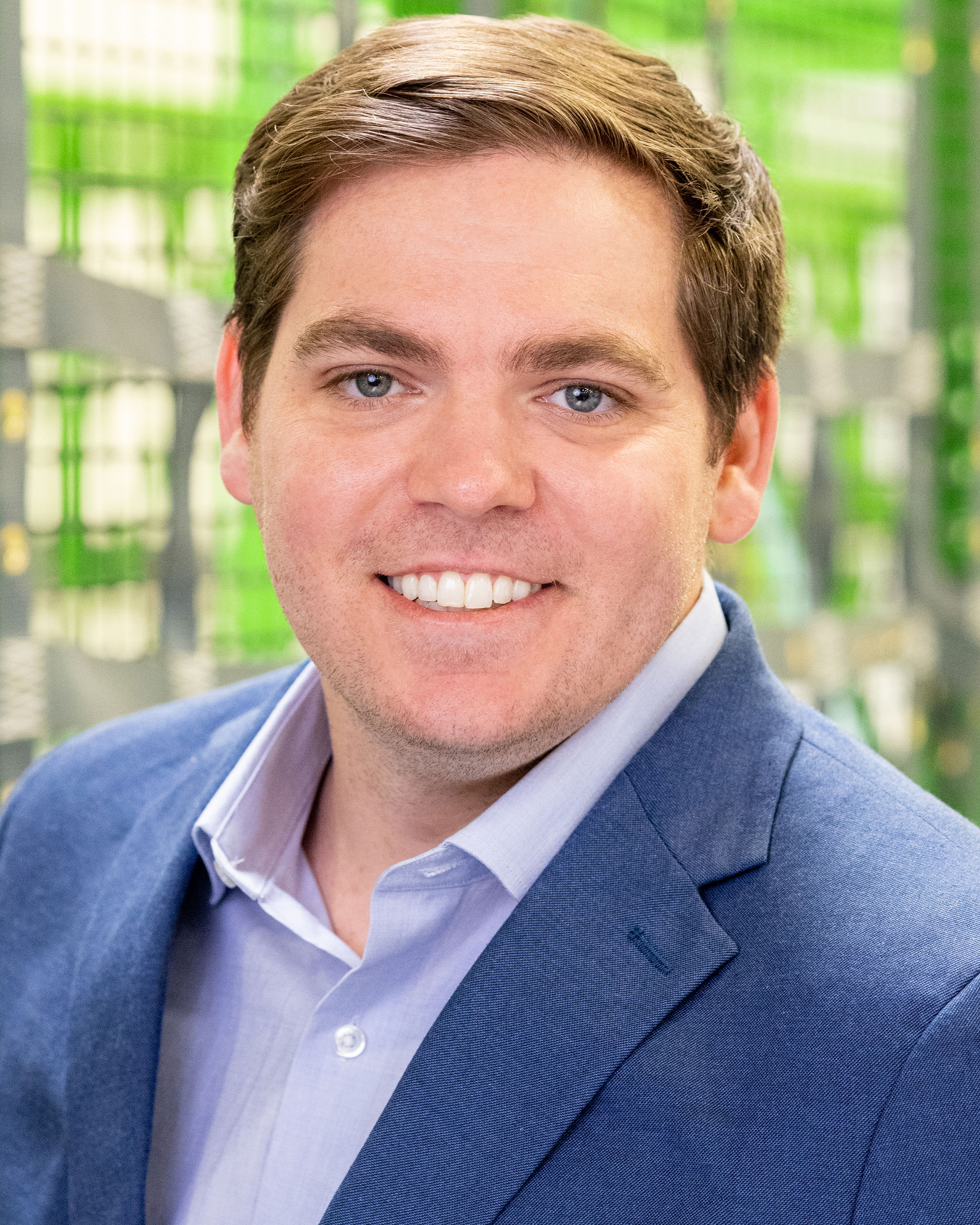 Rob Krattiger is the Vice President of Customer Operations and Technical Program Management.  His teams are responsible for the continuous performance of deployed systems and the execution of strategic initiatives throughout the company.  Rob joined C&S Wholesale Grocers in 2011, where he supported the early prototype Symbotic system in Newburgh, NY. Rob has held several roles since joining Symbotic formally in 2014 including solutions engineering, deployment engineering, product management, and systems engineering.  Rob graduated from Dartmouth College with a Bachelor of Arts. 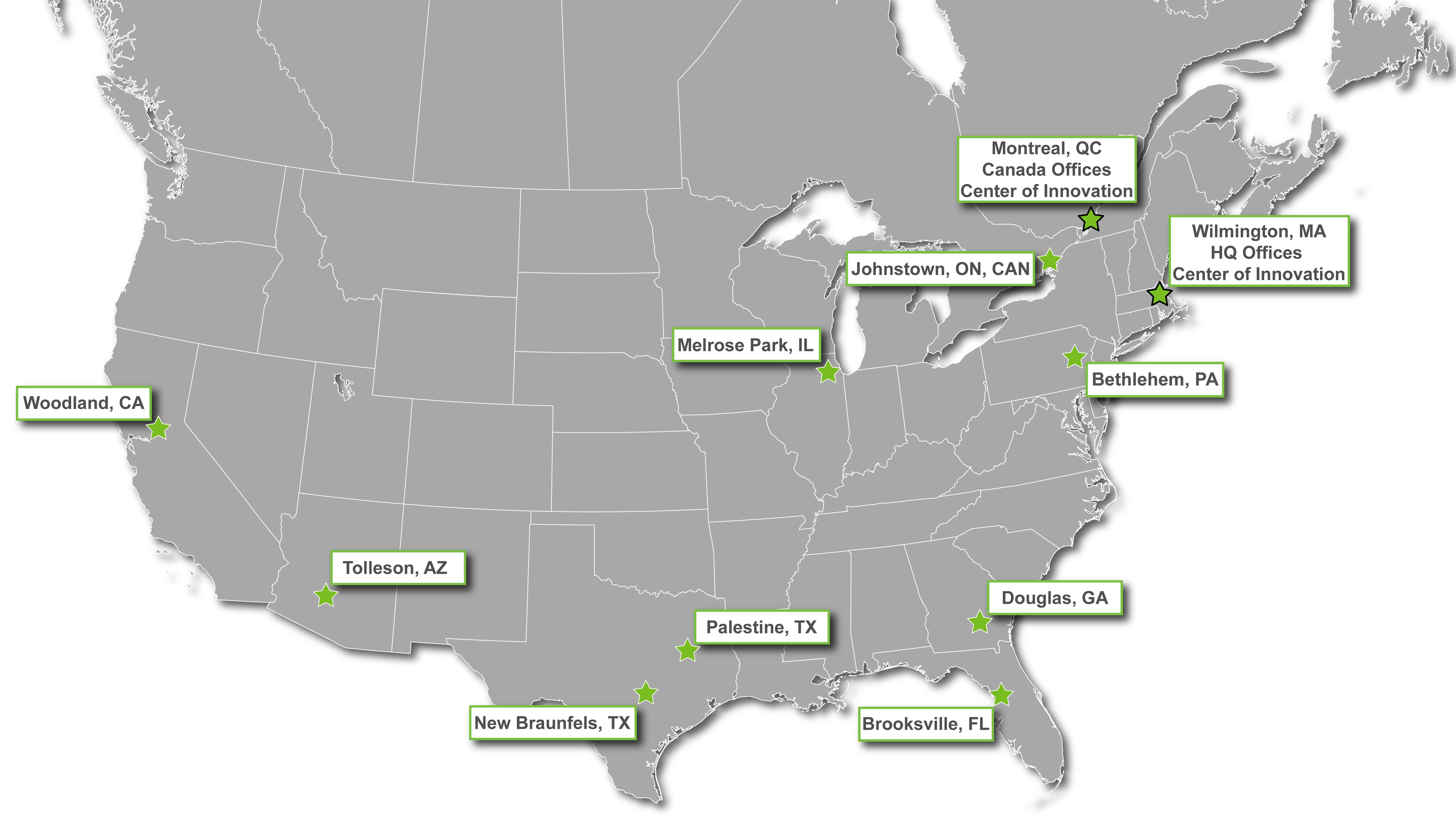 no other system offers